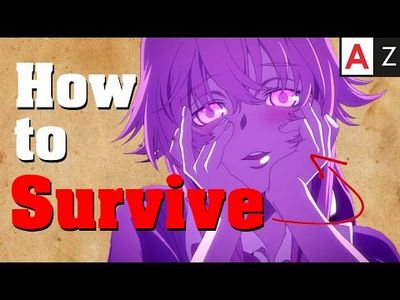 Okay, so I just want to set the scene for you, so just try to imagine this: You’ve come home from a hard day. Maybe Dave’s been giving you hell at work again and you’re fighting the urge to punch his face in, or maybe you’ve been at school staring at that hot girl who sits across you from English class again. Who the fuck cares. So you open the door and to your horror you see this girl standing over your dead sister’s corpse with a knife in hand and there’s just blood EVERYWHERE.

Okay, so I just want to set the scene for you, so just try to imagine this: You’ve come home from a hard day. Maybe Dave’s been giving you hell at work again and you’re fighting the urge to punch his face in, or maybe you’ve been at school staring at that hot girl who sits across you from English class again. Who the fuck cares. So you open the door and to your horror you see this girl standing over your dead sister‘s corpse with a knife in hand and there’s just blood EVERYWHERE.

Like, fucking blood on the carpet, blood on the walls, not even Shamwow could clean up this fucking mess. But most of all she’s that girl who’s covered in your sister’s blood. Now, this isn’t just any girl. This is that girl you’ve seen following you home every night for the past week that you’ve never tought too much about Until now. When she gets up, turns to you, and you look at her in dead, lifeless eyes while you think to yourself, trembling in anticipation “Do I have a boner right now?” *from the background* “No Mum, I’m not going crazy, this is totally a thing! ” So let’s jump right into this!https://www.consumer-rankings.com/lesbian-dating/

What is a Yandere? Well, remember that crazy, obsessive ex you once dated who started off allright then began giving off these weird serial killer vibes anytime you started talking to someone of the opposite sex? Well, imagine if they DID actually become a serial killer, murdering everyone around you or even yourself to ensure that no one else could be with you. THAT is a Yandere.

The term is derivative from the japanese words “deredere” which meas “lovestruck” and “yanderu”, which means “Bitches Be Crazy” PROBABLY It’s been a huge mistery why yanderes have surged in popularity in recent years because normally, if you see a girl murdering other people in front of you in the name of love you’d be like: “WOAH. Holy shit girl that’s… that’s pretty crazy. I mean, that’s like a jailable offense that you… you… you should…

I-I-i should *takes a breath* probably call the police ’cause this is… some real fucked-up shit, man that’s… you just… you just fucking killed somebody” *panting* But in animes it’s like “Thehe, she’s so cute” BEST GIRL Now, you may be wondering why anyone would want a crazy, psychothic patner who has no hesitation in killing you or the people around you. I mean, why? Seriously, why? Why would you want that?

Are you a fucking idiot? Yes. Probably. Definitely.

I’m definitely an idiot. Where was I? Here in the Anime Zone I care about my viewers, and I don’t want any of you falling victims to any yanderes so here’s everything you need to know about how to survive a yandere encounter So, the first thing you want to remember and it’s a pretty easy thing to remember and follow is uh… R-Rule number one: Yanderes are not crazy, they’re misunderst- No no no, wait that’s… that’s not right… ehm what- what was it… Oh yeah! Do not stick your dick in crazy.

Rule number two: DO NOT STICK YOUR FUCKING DICK IN CRAZY Now, properly understanding the mind of a yandere can actually be quite hard for normal people, so as part of my research I had to put myself in the mind of a yandere, think like a yandere, act like a yandere, which led me to play Yandere Simulator to see if it would give me any clues. Day one of yandere simulator and… I ah… find myself doing a lot of uh… research on this topic. No conclusive findings yet but uh… we’ll see how it goes. 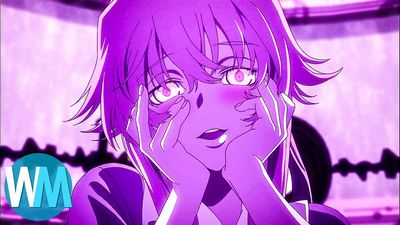 So, now that I’m a certified expert in yanderes I can now giude you through the science of how to avoid them s-s-so this is rule number three: every stranger who starts a conversation with you IS a yandere I mean, c’mon: you’re losing nut (?) who spends all his time inside watching anime the prime pray for any yandere according to anime so you gotta be extremely careful when anyone talks to you here’s an exemple so you understand: say you’re minding you’re own buisness on a crowded bus or something and a girl gets on and she points the seat next to you and asks “Excuse me, is this seat free?” OH OH. CODE RED. SHE WANTS THE D. SHE WANTS THE D! See, she is quite obviously a yandere trying to stalk you home to kill your loved ones and anyone you get close to.

So now you have several options: you could politely decline her by eloquently remarking “Fuck off dickhead, your face looks like my mum’s clunge” but this is higly unadviced as any mention of genitalia would probably turn her on so I know exactly what you’re thinking next: “Well, what if I just shit myself right then and there? She’ll be so repulsed by that she won’t be attracted to me anymore and will leave me alone.” Right? WRONG Yanderes are unconditionately in love with you, so by doing that you probably just gotten her into scat and now you’re in even deeper shit. Pun intended.

No, the correct response would be to get up, smack her square in the face, hopefully knocking her out in the process, and then runing away as fast as you can. Afterwards you’ll then need to migrate to a different country and change your name before she has a chance of mentally recorver. Day two of Yandere Simulator. I still don’t truly understand what a yandere is and everyone seems normal enough but there’s this one girl who’s just… standing there, constantly. Nothing I do ever grabs her attention or anything she’s just… there.

Always. SHE’S MOCKING ME. Now, all this seems pretty easy to spot but don’t forget that yanderes aren’t always acting crazy and most of the times they can seem pretty sweet and innocent before they snap so there are few things I can warn you if someone you know is secretly a yandere.

Firstly, if their eyes look completely blank then you know that they’re just one push away from going on a murdering spree or they’ve just taken a fuck ton of LSD and are tripping balls and let’s not forget their laugh: Does someone you know laugh like a mixture between Alvin the Chipmunk and the Joker? *CREEPY LAUGHS* Then be careful as they are probably a yandere. Rule number four: Always be on the lookout for weapons yanderes will always have some kind of weapon on hand in case they need to go on a killing spree but a lot of the times they are normal household items, so you have to be aware of anything that can be used to kill. If she has a kitchen knife you have to question: is she just really dedicated to cooking or does she feel like stabbing you in the balls? If she has a rope is she planning to kidnap you or is she just really into bondage? Pencil: come on, you’re just asking to be stabbed in the eye.

If she has a book: What, you don’t think she can go Jason Bourne on your ass? If she has a gun… then you don’t need to worry ’cause yanderes don’t use guns. She’s probably just American in that case. Day three of Yandere Simulator and I can’t get this guy to realize that I exist WHY WON’T HE NOTICE ME?? WHAT DO I HAVE TO DO??!?

Y-Y-Y-Y-Y-Y- Mirai Nikki from Gasai Yuno Number one Charles Manson from Mirai Nikki And that’s pretty much all the details you need to know about yanderes but I know some of you will still be allured to the charm of someone being completely devoted for you even if they do come with a dash of serial killing so here’s the part where I show you a montage of the cutest and most appealing parts of yanderes to affirm why people can find them so desirable, so ehm… he-here we go [HYSTERICAL LAUGHTERS] Yeah, that was real cute. Day five of Yandere Simulator NOTHING MAKES SENSE ANYMORE. I CAN FEEL EVERYONE LAUGHING AT ME STARING. THEY THINK I’M CRAZY BUT THEY DON’T KNOW.

THEY DON’T KNOW THE POWER I HOLD. THE VOICES IN MY HEAD TOLD ME. THEY TOLD ME EVEYTHING I CAN DO ANYTHING I WANT I JUST- I JUST NEED A CHANCE AND THEN EVERYONE WILL SEE.

EVERYONE WILL SEE!! *Technical issues* Whoa. I’m uh… sorry about that, guys I don’t know what happened to me But to get back on track, I hope you learned something today about yanderes Even if I still fully don’t understand how anyone could be so crazy to be like- OH fuck. FUCK