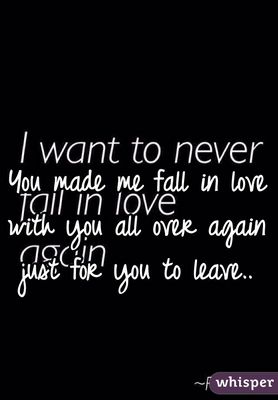 (upbeat instrumental music) – So, um, I mean, initially, none of my family was really into cars, so it kinda started with me working at Menards. I worked at Menards while I was in high school, I was one of the cart pushers, so I would collect the carts, bring ’em back in, and at that time, I thought of cars as nothing more than, you know, an option to get to A to B. My dad always did custom upholstery for vehicles, so like boats, planes, cars, and naturally having that around, there was a lot of cars, always at our house. A lot of them were kind of American muscle cars, and older, more historic stuff, and none of that really did it for me.

It was cool to see and cool to look at, but never really grabbed my interest. I was working at Menards and I was in the parking lot, and happened to see an Evo 10, that had a good amount of modification done to it, and he actually accelerated through the parking lot, and I heard the car, and ever since I saw that car, I knew that I needed something to modify. Or, you know, some type of fun car to have.

It was my first car, and I ended up actually getting in a car accident with it. Stemming from that I instantly said, you know, this is my opportunity, this is my time to get something at least a little fun, and trying to convince my parents of that, I ended up getting a 2001 V six Mustang. Did a good amount to that car, I put some racing seats in it, wheels, exhaust, and just a couple other miscellaneous things.

Getting close to my graduation and realized it was time to really step it up and get into something, something a little more, I guess, relative to the car scene. And that’s when I picked up a G35 that had a few things done to it already, and I did just some cosmetic stuff, and a lot of maintenance items on that, and that really branched me out into like what the car scene is, and like car shows, cruises, kinda branching out and seeing what more had to offer. I absolutely fell in love and I knew this was something I was probably into for the rest of my life. So I was never really into Euro cars.

I didn’t really have a passion for ’em. I thought some of them were cool obviously, just like seeing them at shows and stuff like that, but I never really had a personal interest in getting one. I got turned on to a friend of mine’s Audi TT that he was selling. Seen this car around just locally a few times before, and as soon as he posted it up for sale, I knew that that was the car I was gonna buy.

I got it, and it had some motor work done, and some suspension stuff done to it, but I definitely didn’t take long for me to tear completely into that thing and, and try to make it my own. It came a time where, it was pretty impractical for me to have, and it was getting me in kind of a lot of trouble. And I saw an opportunity to get something nice, and something new that was still fun, and, it was kind of an impulsive decision.

So I decided to sell my TT, and buy a 2012 Audi S four. I love the Audi S four, it was a great car, it was perfectly balanced, it’s a beautiful car to drive. I had very little complaints about that car, but there was always a voice in the back of my head saying that I needed to get my TT back.

I made a post in our, you know, our statewide car enthusiasts’ chat, Wisconsin Car Enthusiast Club, put a picture of my TT in there and said, does anyone know, you know, the current owner, and if they’d be interested in selling it? And about an hour and a half later, I had a DM from the guy that owned the car currently, and he’s like, you know, “I own your TT now,” and he goes, “I’m not really trying to sell it, “but you know, it’s something that I don’t necessarily need, “so if you’re interested, we can talk about it.” And I went to take a look at it, and the turbo was blown, It was fully taken apart, there was a lotta stuff wrong with it, and regardless of how much was wrong with it, I knew that I needed it back. So, I got a pretty good deal on it because of the condition that it was in.